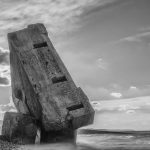 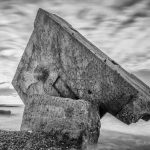 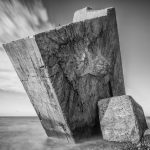 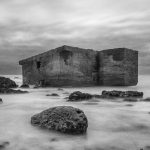 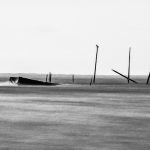 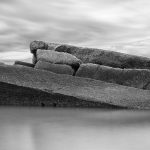 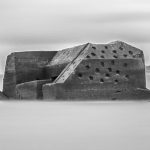 The Atlantic Wall was build in the Second World War as a defence line. This line stretched from northern Norway to Spanish French border.

The bunker in Quiberville plage (France) was on top of the cliffs. In 1995, the Dieppe’s fire fighter’s made the bunker to fall down.

The bunker in Mesnil Val Plage (France) is a command post, upside down.

In Rockanje (Netherlands) there is a bunker in the sea.

In Blåvand (Denmark) some of forty bunkers are in the sea.

In Vigsø (Denmark) most of thirty bunkers are submerged, because sand and dunes have been washed away in the past seventy years.